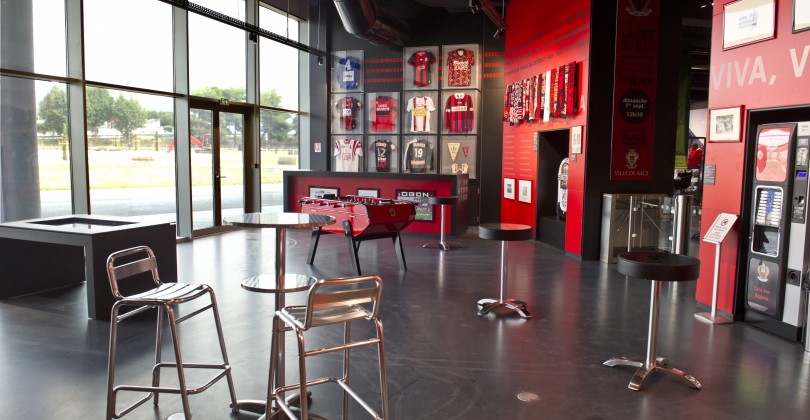 Located at the end of the permanent exhibition, the Eaglet's cofee an entire place dedicated to the OGC Nice. A museum in destined to football with an emblematic institution resident as the OGC Nice, had to adapt and get close to the biggest local club. During few years, the OGC Nice and the National Sports Museum has worked hand in hand to offer an entire place design for the OGC Nice. This place highlight its history but also translate the particular OGC Nice’s culture.

Football tickets, team sheets, poster, schedules, photographs are presented in the middle of lot of OGC Nice’s legend jersey and fan’s scarf. Among its flagship objects, they are Hugo Lloris’s jersey or Alexis Bosetti’s jersey, the ball of the 1960’s match against the Real Madrid, the ball of the first goal in the Allianz riviea, trophies of big victories or also signs of the last match in the Ray stadium, the previous stadium of the OGC Nice. Design to the OGC Nice’s colors, the Eaglet's cofee is also furnished of table football, jukebox with lot of fan’s song, interactive table and screens which allow to watch some memories of the red and black team.